on April 13, 2007
Steve Warren, CEO and Founder of Mission Peace, passed away on March 23rd. Mission Peace will continue, due in large part to the dedication and compassion Steve inspired in so many people. Help us continue the legacy that Steve began.

Here is Bruce Lehnert's eulogy for the man who put his energy, compassion, and heart to helping the children of Vietnam. 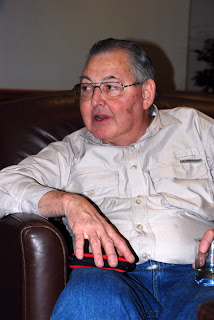 The Vietnamese kept him happy, they kept him alive
And he wanted to pay them back, ain’t no jive
Mission peace became the way
A way to heal, to help and to repay
Then our own Agent Orange got in the way
Isn’t it strange that I must say
It wasn’t the Viet Cong but the USA
He enjoyed his Johnny Walker and his brownies, too
He smoked too much and shoulda ate more tofu
He needed to be careful and take his pills
The good things that would ease his ills
He didn’t give up, he didn’t not try
But he did get tired and I'm sure he cried
He retired, he traveled, he married again
He was making a plan for his life again
Steve cared about the children in his other land
He wanted to give them a helping hand
His plans included the Mission called Peace
The idea of giving always to each
Although we can’t touch, although we can’t see
We know that he’s watching and telling us, See!
Watch for those children look at their needs
Give them some help, do your good deeds
We bid you farewell but will never forget
The friend, the person, the former cadet
But when the time comes to see you again
I’ll buy you a Tiger beer and we’ll sip them in Nam
Bruce Lehnert Can Tho Medical Mission SteveWarren Vietnam