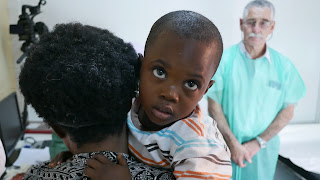 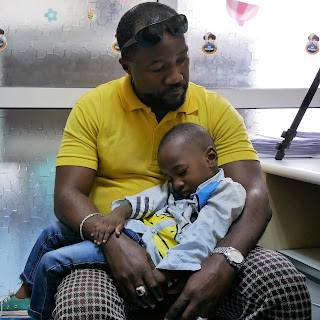 Our first week of surgery finished with a full schedule in both operating rooms. Because Dr. Kao and Dr. Oloff were only able to join us for one week, it was also the last day for arthroscopy cases. But it wasn't the last use of the arthroscopy equipment. We're donating it to the Namibian Ministry of Health so that the local surgeons have the latest equipment to treat more patients.

The team completed seven surgeries on our third day in the operating theaters:
Meanwhile, part of the team traveled north to Angola with Dr. Haifuku, the Namibian Minister of Health. Dr. Nyska, Henry Duvalsaint, and Flecher Fleudujon joined Dr. Haifuku to share information about our project, evaluate more patients, and tour the medical facilities at multiple hospitals.

Dr. Nyska was very impressed with the facilities and equipment in the Angolan hospitals, much of which is very new. He shared information with the orthopedic doctors from Angola, who planned to visit our team in Windhoek the following week.

Although Namibia and Angola share a border, there are significant differences between the two countries. Namibia has a population of about 2.5 million, while Angola has more than 28 million. One of the biggest challenges for healthcare delivery in Namibia is the population density. The population is spread broadly across the country with 55% of people living in rural areas. Many of our patients traveled several hours by bus from the north to see our team for screening.

Dr. Haifuku has been very supportive of our mission and spent time with members of the team to talk about what we can all do to improve healthcare through efforts like public and private partnerships.
2018 Namibia Angola Flecher Fleudujon Henry Duvalsaint John Kao Lawrence Oloff Namibian Ministry of Health