Skip to main content
Showing posts from December, 2017
View all 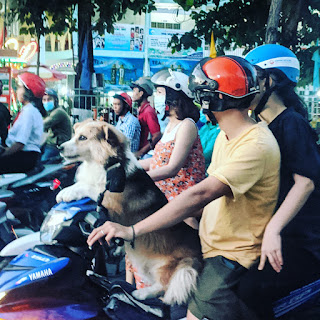 Thinking of Vietnam from Afar

It's hard to believe that it was only four months ago that we returned from our medical mission to Vietnam. So much has happened in the world since then that it seems much further away. Vietnam is part of my heart and I am often thinking of our patients. The patients we treated in December and January should be well on their way into healing. I hope that many are experiencing new opportunities as a result of the amazing work our podiatric and orthopedic surgeons do.  Flecher has once again captured our most recent mission. I've waited to post this for a while but now seems like a good time to celebrate the privilege to go out in the world and help people in need. Our team is an amazing group of humans with whom I'm honored to work. This video not only tells the story of what we do but how we are able to affect positive change for our patients. Madison is a great narrator of our story and all of the feelings that we experience as part of the mission team. I am so thankful t 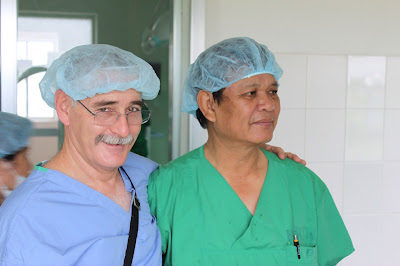 Day 6: At the Hospital

Dr. Meir Nyska and a local colleague ready for work The team's dedication and the love they show to the people here is inspiring for me. I wish every one of you could be here to witness it with us. It has been so busy here it is hard to find time to write. All of the action has been happening at the big hospital so far. But today, the therapy team will be going to the children's hospital to catch up with the other part of our teem. Stand by for pictures of that. ~Bob Heimer For more information about the young man in these pictures, see the post " Memorable Case: Ectrodactyly ." This is a face of hope. On Monday, this will change. The surgical team hard at work in the operating room. Local docs teach IEP doc Bruce Lehnert new tricks. The local team, busy and smiling. Changing a life